7 Days to Die: Get to Know Your Favorite Game 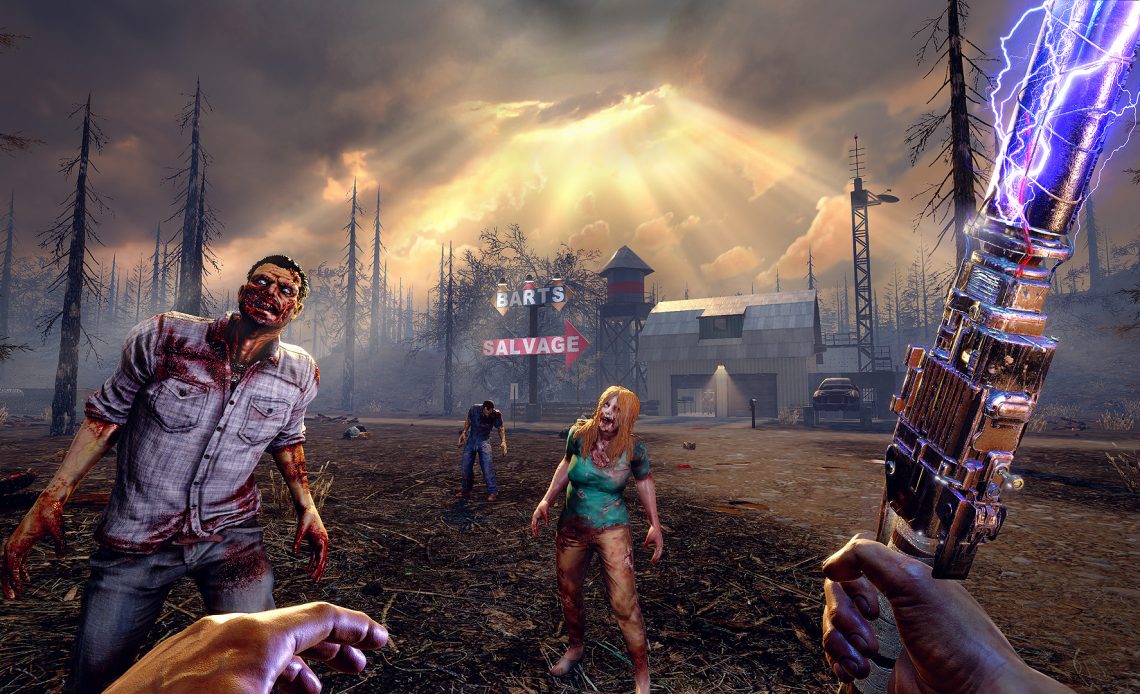 In 7 Days to Die, the player starts in a randomly generated globe or the preset environment of Navezgane, Arizona, with the goal of surviving against the elements and zombie hordes for as long as possible. The player character in a survival game is always in need of water and food, as well as being vulnerable to injuries and illness.

The game is voxel-based (similar to Minecraft in some ways but with smooth terrain), allowing for simple object creation and destruction in a physics-simulated environment (for example, building a structure with no support such as pillars and walls can lead to its collapse). Because the world’s objects decay with usage, the player must seek for or create new tools as the game advances. To construct these necessary items, the player can also gather and create resources from nature and the ruins of human civilization.

While the game includes wildlife that can be hunted for food or will hunt the player, the main threat is zombies, who are affected by the game’s day/night cycle—during the day, they are relatively slow-moving and easy targets that can only detect the player at close ranges, but at night, they become feral, making them move much faster and thus greatly increasing their threat. As the game progresses, more challenging and aggressive varieties emerge. To prevent unnecessary conflict, use stealth and distraction. They’re also drawn to regions where people (i.e. players) are active, and they’ll assault anything that gets in their way until they’re dead or the obstacle is eliminated, including player-built fortifications. If zombies notice the player, they will pursue them with the same zeal until the player is either dead or leaves the area.

The game’s title refers to a major Blood Moon event that occurs every seventh day of in-game time, during which hordes of zombies and wild infected animals swarm the player’s present location. The player will be swiftly overpowered unless appropriate preparation and defenses have been built. Navezgane’s planet is divided into several biomes or geographical zones. Dry deserts, temperate woodlands, snowy fields, and a burnt wasteland are among them. Each biome has its own set of resources that may be gathered, driving players to travel around the world.

Multiplayer allows numerous users to interact and communicate in a single environment via player-hosted servers. Depending on the server configurations utilized, interactions can be cooperative or hostile. Players can either run their own servers or use a third-party hosting service. Local area network functionality is available in single-player worlds, allowing players to join worlds on locally linked computers without the need for a server. Single-player worlds can also be used to give Wide Area Network support. Consoles, Windows, and Linux are all supported via 7 Days to Die servers. For multiplayer, there are two game modes: Survival (both randomly generated and regular) and Creative. Split-screen cooperative multiplayer was available on the console version of the game.

How to Make a Roblox Game from Scratch

Did you play the candy crush saga game?